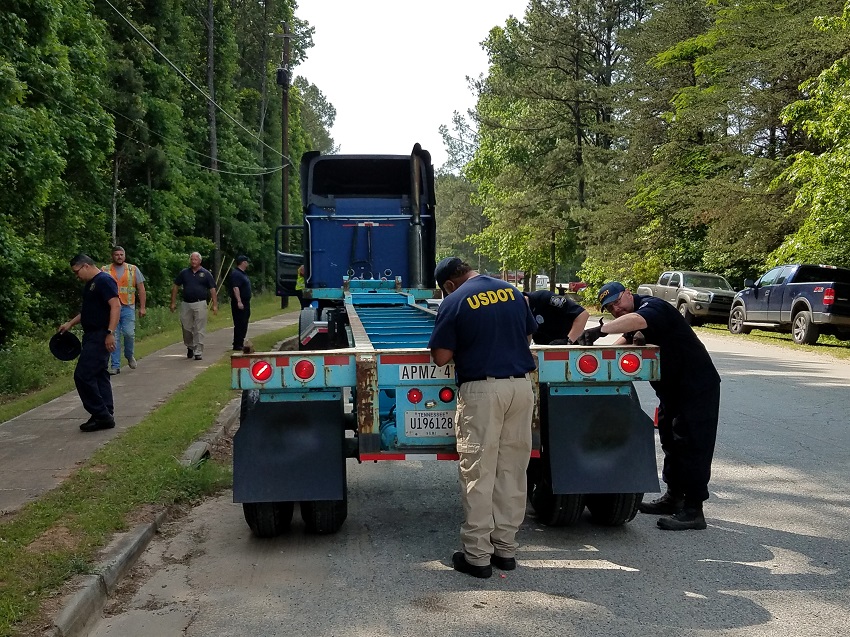 By Union Pacific for hazard alertness

A career-long commitment to safety and security played out well for CCM’s Robert Arriaga on a lazy Friday afternoon while touring and inspecting his company’s units at the Union Pacific Railroad’s Global 4 Joliet (Intermodal Terminal). Mr. Arriaga noticed a red liquid dripping from one of CCM’s stored units.

It was the kind of episode that moves one to a wide- eyed alert in a matter of seconds.  Rolling down his vehicle windows, Mr. Arriaga drove past the leaking container to research a scent.  There was none, which alarmed him further.  The next few activities were instrumental in earning him a UP safety award for his working hastily to avert a major disaster on this vital link.

“There was no smell,” said Mr. Arriaga, recalling a past experience that immediately concerned him. He immediately put out an alarm to UP and then developed a cone barrier to block the area from vehicular and foot traffic.   “When I began my career in the industry at 18 years old at BNSF I would come across leaking Hyde containers but this was the first one leaking acid,” he said. Hyde is an animal product; acid is a chemical.

Additionally there was no identification noting that the container carried Hazardous Material, which compounded the dilemma. The UP hazmat team and any other necessary manpower carefully and gingerly stemmed the leak and moved the box to an unoccupied section of the yard, a difficult task during the period when space was at a premium during the worst of the supply chain crush.

Union Pacific presented Mr. Arriaga with the Courage to Care medal, which recognized his diligence and commitment to safety for all.